Hungry Shark Evolution – games have been released long ago but still makes millions of players around the world must “sit-down” waiting for updates to be further transformed into a “guy” bloodthirsty sharks ready to swallow anything he saw on the trail.

Recently there appeared a version of “descendants” new named Hungry Shark World with the “crisis” of the “killer” according to Ubisoft announced the development is also far more fierce than before. Hungry Shark World striking game environments with extensive worldwide coverage and collection of massive sharks, promises to give players journey to hunt very attractive food. 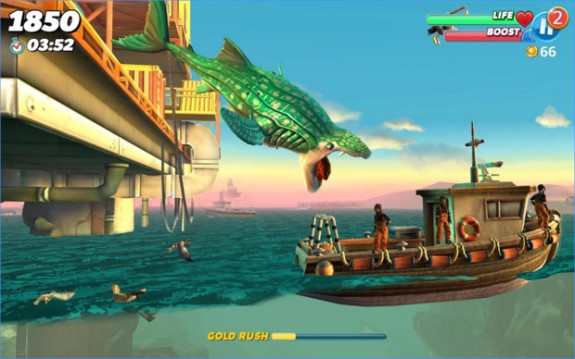